A St. Louis federal judge has ruled that “The Hangover 2” can be released on schedule this week despite a tattoo artist’s lawsuit over the inclusion of a Mike Tyson-style tattoo on the face of Ed Helms’ character.

But the tattoo artist is claiming victory because the judge said he had a strong likelihood of ultimately winning his copyright claim against Warner Bros.

But Salsich said the judge agreed in open court that the copyright claim was strong, saying, “Most of the defendant’s arguments against this are just silly. Of course tattoos can be copyrighted.”…

Next month marks the 30th anniversary of “Raiders of the Lost Ark” and we’ll be looking back on that sparkling film with special features. Monday, an exclusive excerpt from “The True Adventures of the World’s Greatest Stuntman,” the just-published memoir by Vic Armstrong, the stunt coordinator and stunt double who Martin Scorsese has called “a legend in the film world.” Armstrong has portrayed James Bond, Superman and Flash Gordon – at least when the action was underway – but his signature screen success came while wearing a fedora in three Indiana Jones films…

No major cable operator hates paying broadcasters for the right to retransmit their free over-the-air programming more than Cablevision. Last year, it allowed ABC and Fox stations to go dark on Cablevision systems while trying to hammer out payment deals. So it’s interesting to see the three-point plan that Cablevision submitted to the FCC today to ensure that subscribers aren’t deprived from seeing the Oscars or the World Series while companies work out their differences.

First, it wants regulators to prevent broadcasters from packaging their services in a way that would require pay TV services to carry cable channels they don’t want in order to land programming from a must-have network such as ABC, CBS, Fox and NBC. Second, if the cable operator can’t strike a deal with a network’s local station, then Cablevision wants the freedom to cut deals that would enable it to import signals from out-of-market network affiliates. And, third, Cablevision wants to be able to publicize the fees that broadcasters want….

Now if we consumers could get only the programming we want…

…Of all entertainment sectors, only social networking sites have retained their value in the eyes of consumers over the past year.

In contrast, customers are turning to the movie and television industries for entertainment less and less frequently…

Speaking at the EG8 technology forum in Paris, Facebook founder Mark Zuckerberg said that TV, music and books are the next “media experiences” that will be revolutionized by social media. “I hope we can play a part in enabling those new companies to get built, and companies that are out there producing this great content to become more social,”…

A cool article for fellow Steadicam ops and fans.

…broadcasters rate production of 3D content and channels as their lowest technology investment priority, and the lack of programming for consumers who have bought a 3DTV will continue…

“This ambivalence towards investment in 3D content production and creation of 3D channels, particularly for North American broadcasters, leaves a big hole in the availability of 3D content, and tells us that the lack of 3D programming we have seen during 2010 is unlikely to improve in 2011…”

Roger Ebert on why it may forever change what you see in theaters.

No movie executive has ever been fired for greenlighting a sequel. Once a brand has been established in the marketplace, it makes sound business sense to repeat the formula… 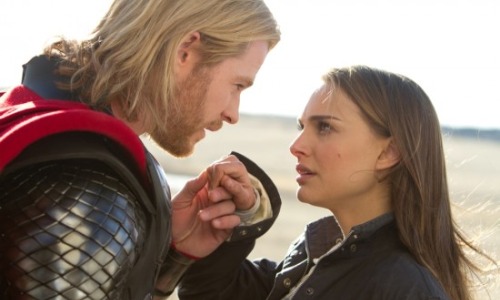 Let me tell you young’ens a story about the ancient year of 1983. I was a very young and impressionable little film freak, but even I could smell the stink from the pile of 3D movies that was hitting the screens. Jaws 3, Friday the 13th Part 3, Amityville, Parasite, Spacehunter, Starchaser, Comin’ at Ya!, Treasure of the Four Crowns … and those were the good ones. Yes, for about 18 months, the 1950s sensation was back, and it sucked.

3D was invented as one of several gimmicks created to keep moviegoers distracted from how awesome television is. And then it came back in the ’80s to try and distract people from those new-fangled VHS machines and high-tech video game set-ups like the Atari 2600. And now it’s back for an extended stay because someone in Hollywood looked around and said “Crap! There are way too many entertainment options these days! We need to dust off our secret weapon! Yes, my brilliant fellow studio executives, we must resort to 3D again. We’re desperate.”

Now, however, we have all sorts of allegedly dazzling technology that will allow 3D to be well and truly “immersive,” which isn’t exactly what the creators of Amityville 3D were going for, so surely this is a welcome return. Computer technology will allow 3D to become mainstream, commonly accepted, and perhaps even awesomely popular! Plus they charge a few dollars more for the 3D screenings! Everyone wins!

Oh, except for my assertion that 3D sucks…